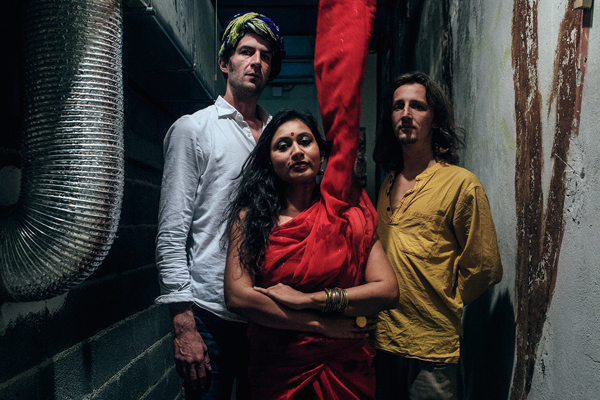 This musical journey began in 2011.

The band has ever since been pushing musical boundaries, playing an ambitious mix of 1970s psychedelic rock blended with traditional Indian classical and folk influences.

In a troubled world of conflict, confusion and tragedies, the lyrics are excavations out of Indian scriptures or are written by Tritha in regional Indian languages like Hindi, Sanskrit and Bengali. They address issues such as the environment, women’s liberation, corruption and the unending journey towards discovery of self and divinity.

Following the release of the band’s first studio opus PaGLi in 2014, Tritha Electric embarked on an 18-month tour which saw the band perform over 100 shows across three continents.

Tritha Electric was invited to perform a showcase at the prestigious WOMEX in Budapest last year (2015).

One thought on “Tritha Electric”