A Decision for Life 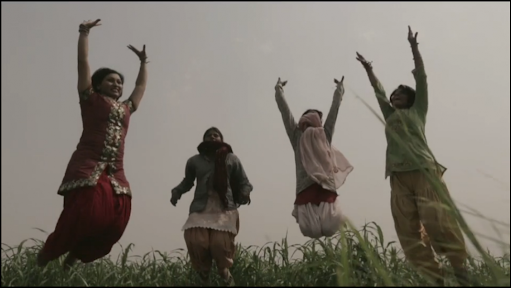 You must have heard of S*P*A*C*E, my team with my best friend, the fun and quirky singer-songwriter Ritika Singh. And you may have heard the song or seen the video of Zindagi Bitani. First conceived at home in Kolkata in 2009, as we tinkered with settings on the latest music software, Zindagi Bitani was released to the world in its clearest, most honest form in 2017.

S*P*A*C*E, whose name evolved in its eighth year of existence, was born out of the experiences of one aspect of our identity that seems to stand out invariably in the course of daily life. As much as we would like to perceive our own personalities or identities as neutral or composite, the actions and expectations of those around keep provoking the function of gender.

Stop Patriarchy And Choose Equality is our “space” for channelising all that we feel and everything we want to convey about our gendered experiences, role expectations, equality, violence, empowerment; it is where we let melodies describe the complexities we find in discussions on feminism. In 2010 both Ritika and I had moved from Kolkata to Delhi with a vision to share our thoughts with thought provoking music videos, especially of a song such as was brewing.

Zindagi Bitani is a passionate musical articulation of our observations, and our prodding for further discussion, on the question of marriage in India. The lyrics were first inspired by the experiences of Ritika’s Punjabi friend in Kolkata, who was married off against her will. As I fiddled with electronic beats, a hot substance those days of Punjabi Bhangra and hip-hop, one heard more and more about the sex ratios in Punjab and Haryana – approx 600 women per 1000 men. We increasingly heard of female foeticide, honour killings and dowry related deaths. In West Bengal itself, the Matrimonials of local newspapers mentioned how much “fair-complexioned, soft-spoken bride” were in demand for, for example, the “rich man” above and beyond anything these people were as individuals.

While making the video of Zindagi Bitani, some 100 kms from Delhi in Haryana’s Sonepat district, we got first hand experiences of the premise that we began with, the premise of forced marriage that the song addresses. Our team of city folks, including the very talented Surabhi from Painted Tree Pictures, who led the video production, began without much of a script; we only had some idea that a patiala suit might be a fitting costume. We were amazed as the process took on a life of its own, and mutual experiences became the script.

Wheat and sunflower fields, thatched huts protecting us from the scorching sun, cool water in earthen pots served by women who at first would under no circumstance lift their veils… As our relationship with our on-ground collaborators evolved, as each party spent more time with the other, we began to speak a little more of the other’s language.

A grandmother, a mother, a daughter, a bride (who was all of 16 and actually who was going to be married off next month) became our characters. Other girls and women joined in the sangeet festivities scene. Slowly, the lyrics sunk in. More and more shy but confident faces broke out of their sari and dupatta veils. Some girls who were initially afraid to jump before the camera for the verse chidiya ki tarah main udna chandi si, iss pinjre main nahi marna chandi si, lest their fathers and brothers object, were inspired as they pondered more on the word meaning cage – pinjra. The tears of the bride were real. She started expressing that perhaps, she actually doesn’t want to get married. But did she really have a say?

An enriching interaction was the most valuable product of the production, I would say. Exchanges on circumstances, on freedom, on choice, on marriage, on celebration… The process has been beautifully captured in this Women’s Web article here.

We had a gala premiere of the release back in Delhi. Eighteen women from India and abroad came together. Musicians, dancers, a percussionist from Berlin, a double bassist from Russia, a cellist from Hawaii, a santoor player from Germany, a choreographer from New York – our international collaborators came together as one to celebrate this video made with some 20 rural women from Haryana, our on-ground team to whom I am returning very soon for a collective viewing of the video.